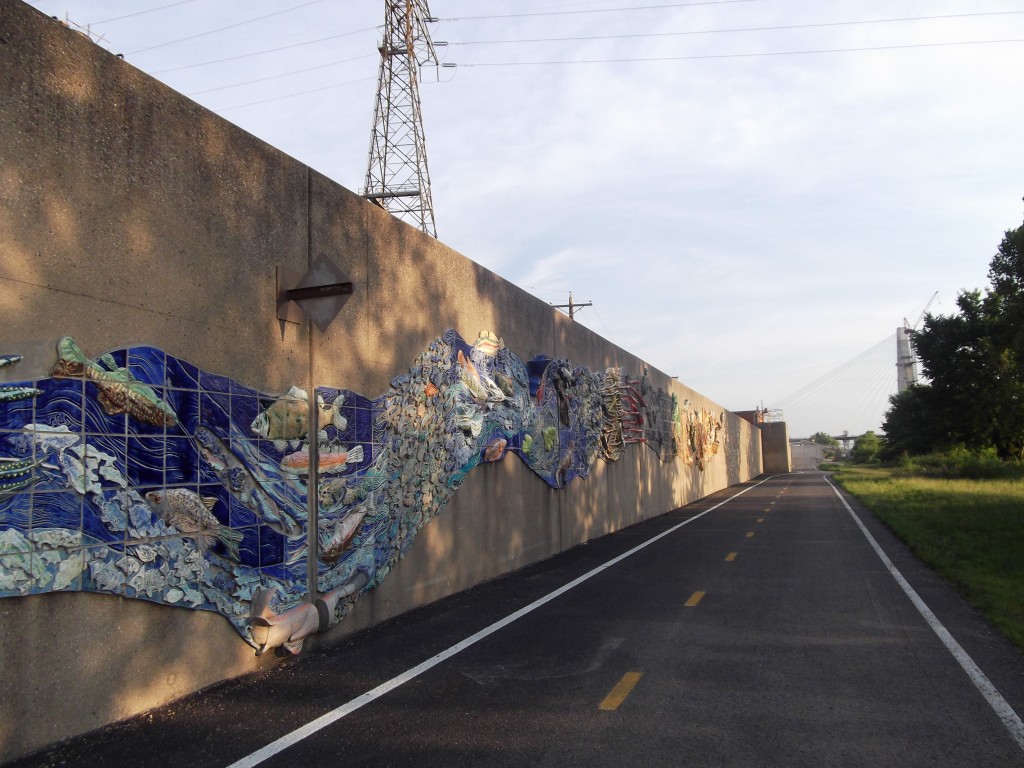 To get out of St Louis We followed the frontriver trail until we reached the ”Old chain of rocks” bridge. There we crossed the Mississippi river and entered a new state Illinois. Turned out that this bridge also is a remain from the old famous route 66. 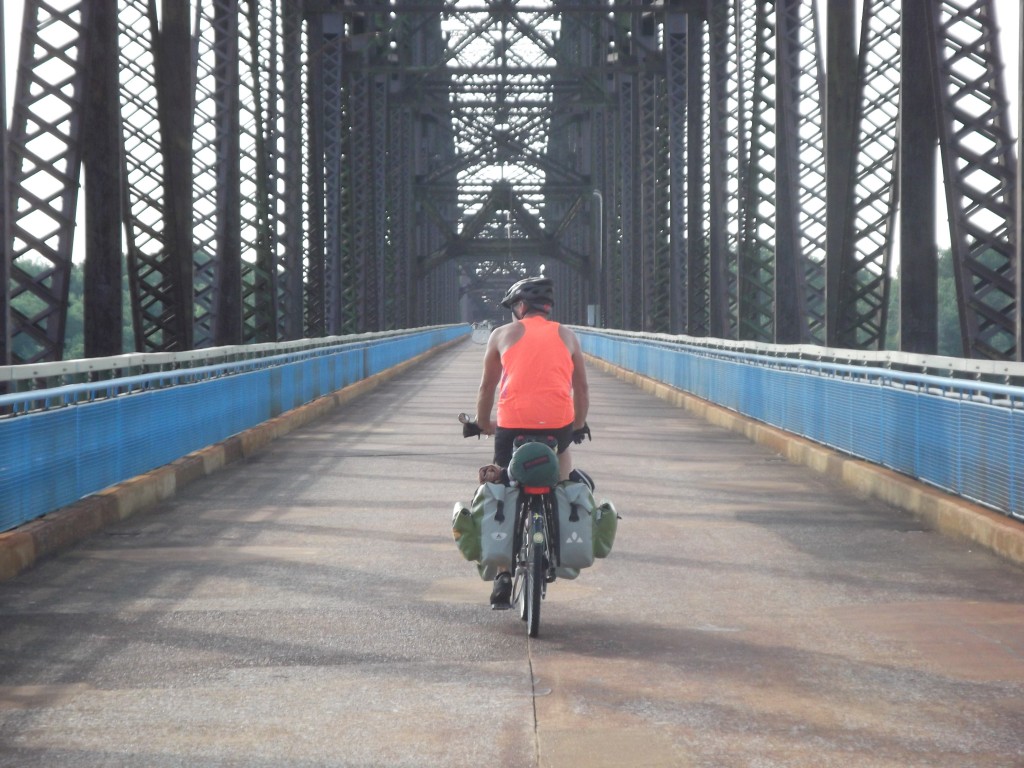 At first our plan was to cross Mississippi more south but a guy in a bikeshop in St Louis advised us not to. He kind of looked at us with a strange face and said, ”guys, you don’t want to go there. Don’t you know that east side is kind of the murder capital of the world!? No, we did not know that… Well it was there we decided to go north and from there hit the US40. 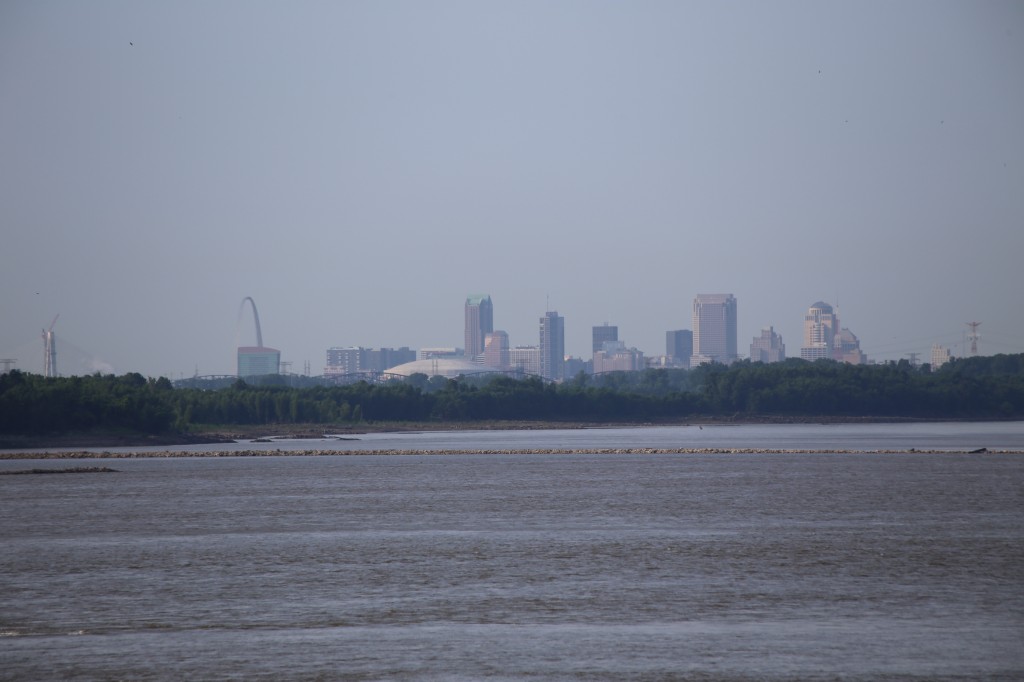 The last days we have followed the US40 with some detours on smaller roads, where we could find them. Our new route is not so scenic as before but US40 is called the Old Historical highway, ”the road that build the nation” so there is from time to time some informationsigns and some remains from old times to look at.

Its like if our trip has moved over from nature and scenic views to a more urban trip with more and bigger cities. We have in a way adapted to this and entered some kind of vacation mode. The biking is so easy, flat and without any challanges, so we do the biking as a transport between the different citices we are visiting. 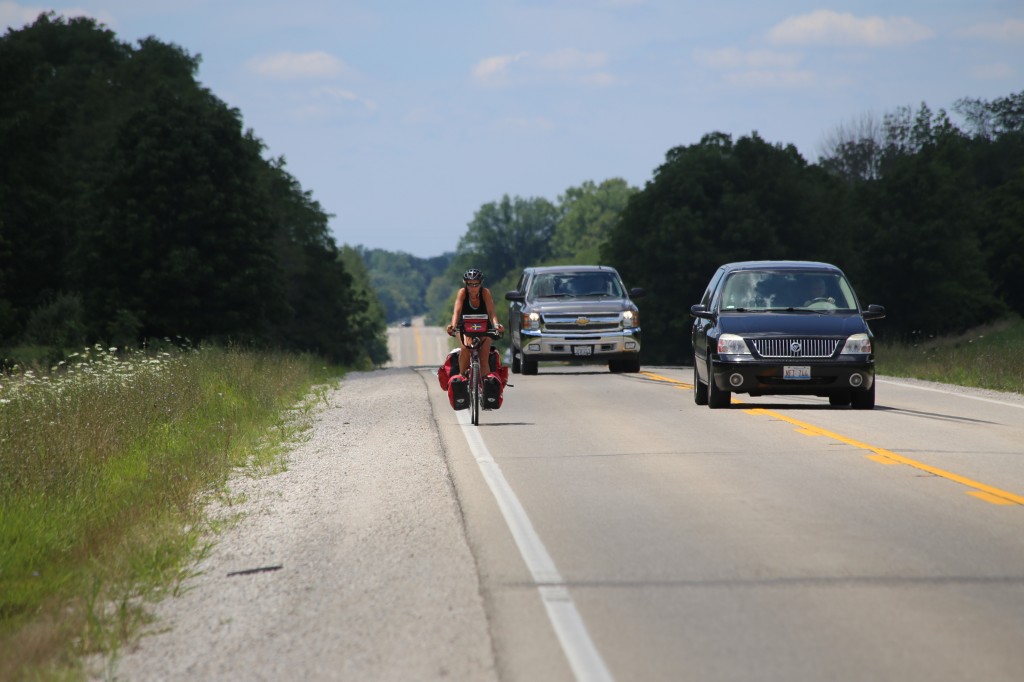 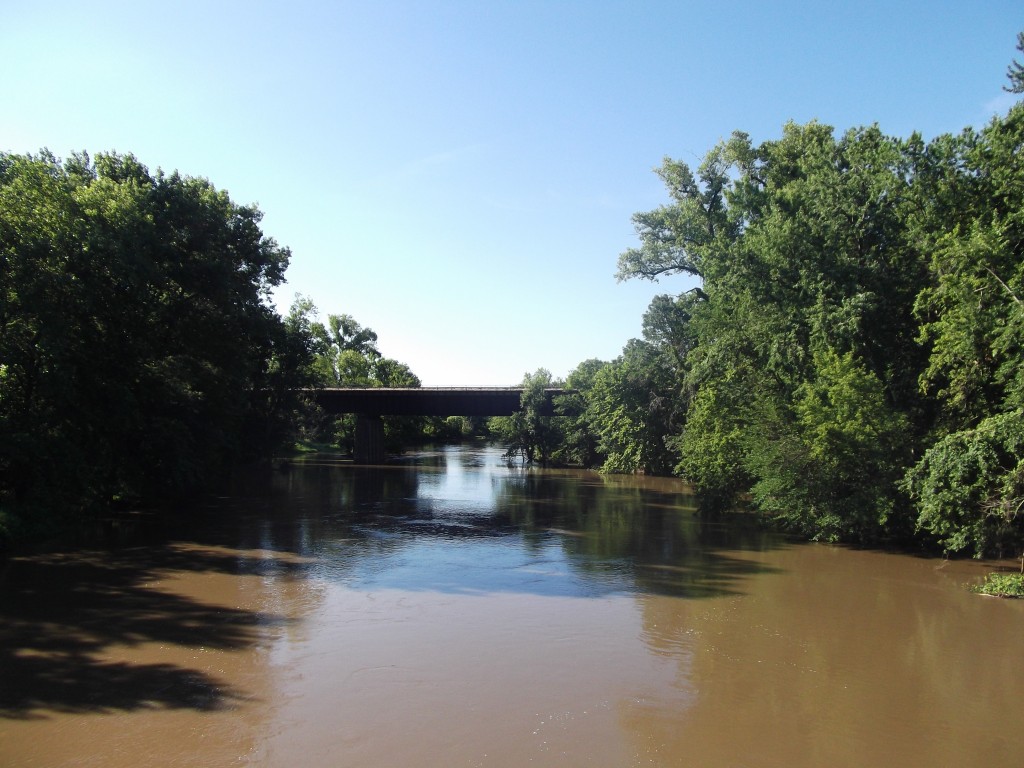 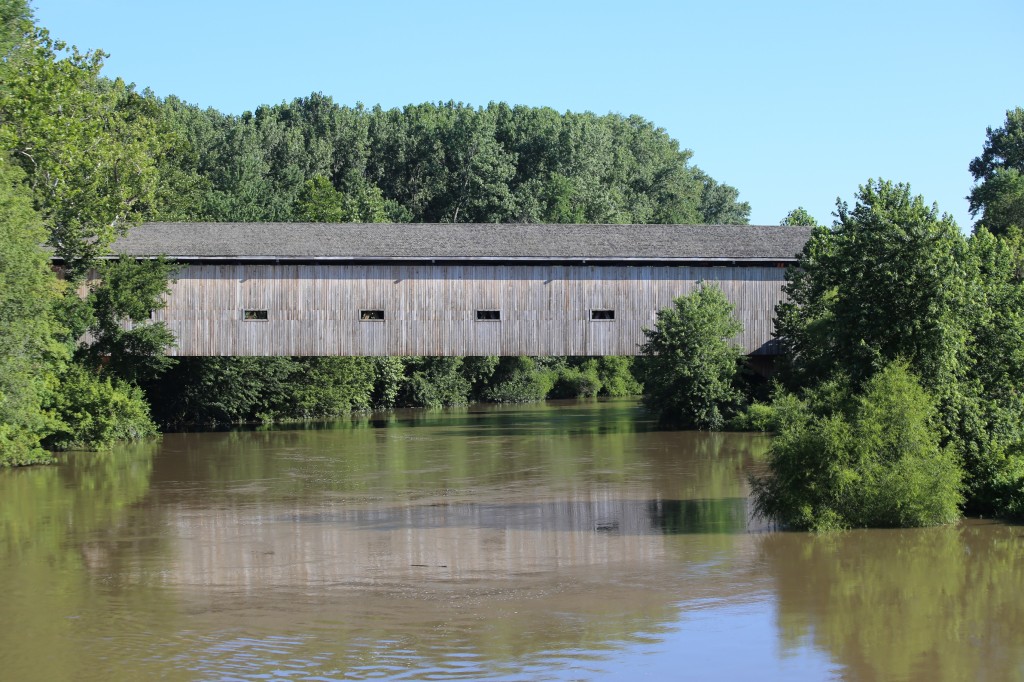